As you become more conscious about improved brain cell health and physical performance, you start to realize the importance of choline to optimal brain function. To pick the best forms of choline for you, it all comes down to the Alpha GPC vs CDP choline battle!

A dietary supplement is sometimes necessary if you want superior athletic and cognitive performance. You can leverage different nootropics in order to satisfy the choline requirements for all of the activities and exercises you have planned.

However, when it comes to picking the best choline nootropic or source of choline for the job, you’re faced with a critical decision – Alpha GPC or CDP choline?

We’ll be providing you with a critical breakdown of the nootropic effects of these two substances so you can make the best possible decision.

Before delving into your personal preference for choline supplementation, it’s vital to understand exactly what this substance does.

In a nutshell, this substance is a nutrient necessary for optimal brain function. Present in several food sources, it plays a vital role in keeping the body healthy and robust at the cellular level. 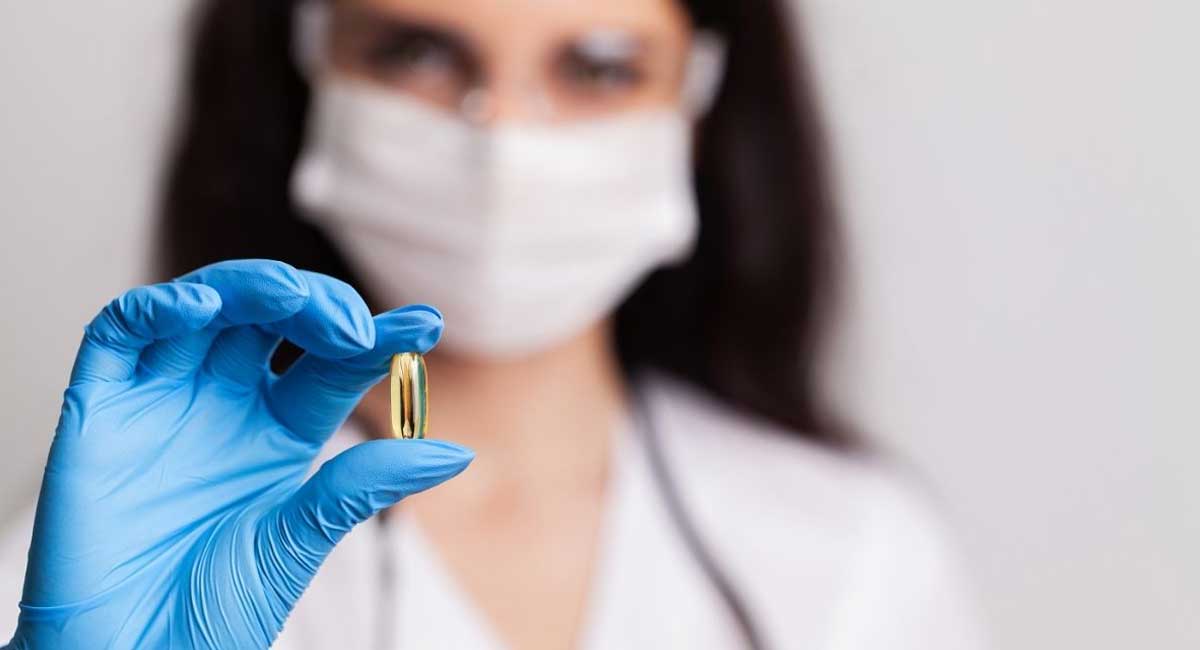 Other Functions of This Brain Chemical

In addition to promoting cognitive performance and brain health in diseased patients, clinical studies have shown that choline sources play other roles in the body. These include:

Considering how important this nootropic is, even high choline-containing phospholipid food sources are insufficient to meet the body’s choline intake demands.

Taking a dietary supplement is essential in order to get the right amount of choline for proper body and mind function.

This is why there are different forms of choline available for oral and intramuscular administration. These include CDP choline, Alpha GPC, and choline bitartrate, among others.

What Is Alpha GPC?

Formally known as Alpha-Glycerylphosphorylcholine, Alpha GPC is a substance that shows up often in many brain supplements. It’s more commonly used in the United States because of existing regulations on choline supplements in the region.

Alpha-Glycerylphosphorylcholine administration in normal volunteers has been shown to significantly boost cognitive function like memory and learning.

This is considerably more than what is found in Citicoline (aka, CDP Choline), but we’ll get to that later.

Since Alpha GPC stimulates a rise in acetylcholine levels, it also prevents conditions like brain fog and dementia.

Using Alpha-GPC comes with a plethora of benefits. The major perks of using this dietary supplement are improved brain cognition and health. However, this substance has many other benefits as well.

Clinical evidence points to the fact that more than 5 million people today suffer from Alzheimer’s. By 2050, this figure is expected to exceed 16 million.

Other clinical studies suggest that every 65 seconds in the US, someone develops this disease that causes cognitive decline.

The administration of Alpha-GPC has proven to be a powerful tool in combating multiple cognitive disorders. The nootropic effects of taking Alpha GPC also reduces the appearance of cognitive issues and delays the onset of Alzheimer’s.

Due to age-related decline and other factors, proper blood flow to the brain may become difficult. While this has other consequences, the impact on brain function is most obvious.

Impaired blood flow from age-related decline can lead to cognitive decline and memory loss. Alpha-GPC supplements negate this effect by stimulating the release of the right hormones to fix this issue.

Another reason it’s preferred for enhanced athletic performance is that clinical evidence shows that it encourages growth hormone secretion.

When growth hormone levels are sufficiently high enough, you can work out longer and harder. This allows you to see the result of your efforts faster.

In a young human body, oral administration of Alpha GPC can also lead to an improvement in concentration. The effects of Alpha-Glyceryl Phosphoryl Choline encourage brain cell health.

The ability of alpha GPC to promote memory enhancement is well recorded. It’s also especially effective against stroke and dementia of the vascular origin.

What Is CDP Choline?

Also called Citicoline, this source of choline also provides the brain with a plethora of benefits.

Hailed for its neuroprotective properties, it supplies the cell membrane with choline-containing phospholipids that counteract the effects of cognitive decline.

While Citicoline contains only 18% choline density compared to Alpha-GPC’s 40%, it more than makes up for this deficit with its ample supply of cytidine.

Due to the combined action of choline and cytidine present in Citicoline, you are afforded a more powerful resource for boosting brain activity and cognitive function.

Let’s explore some of the benefits of this brain bioelectrical stimulant!

When this choline supplement enters the brain, it creates uridine, a highly beneficial nutrient.

In the body, CDP choline is metabolized into cytidine, and from this, uridine. Supplementation of uridine in the diet is essential because itenhances memory and learning ability.

The uridine obtained from Citicoline also contributes to improved recall and executive functions.

Lastly, uridine is largely responsible for CDP Choline’s ability to prevent age-related cognitive decline. Due to this, when you take Citicoline supplementation, your body’s uridine intake requirements will be more sufficiently met.

In addition to eliminating the advent of neural death in normal volunteers, CDP choline users can expect a host of other benefits. Here are a few of them.

A Synergy of Choline Nootropics from Various Food Sources

The combination of choline properties that the choline load of Citicoline possesses will help you bypass this hassle.

Ample Supply of Vitamin B8

The average healthcare provider will usually recommend vitamin B8, otherwise known as inositol, to be taken a certain number of times per day for women.

This is because it not only improves fertility and benefits pregnant women, but it also has beneficial properties for postmenopausal women.

Apart from helping postmenopausal women and pregnant women, the ample supply of inositol in CDP choline makes it a powerful antidepressant as well.

Studies conducted in clinical settings show that women who consume this substance in a dose-dependent manner have greater control over their weight gain or loss efforts.

Intramuscular or oral administration of this dietary supplement also stimulates the release of the neurotransmitter acetylcholine.

Not only does this reduce age-related cognitive decline, but it also serves as an anti-aging agent.

Both choline supplements help with cognitive impairment and many other health issues. They are also essentially free of side effects.

However, these two nootropics have many distinct differences outside their joint use as a potent cognitive enhancer for disease patients.

One apparent difference in the Alpha GPC vs CDP Choline battle is the metabolism processors each substance releases.

This is what’s mainly responsible for the other distinctions observed between the effects of Citicoline and Alpha GPC.

For example, the effect of Citicoline is centered in the sympathetic nervous system. As a result, it’s classified as a psycho-stimulant nootropic. It’s often recommended where cognitive disorders related to reduced alertness are concerned.

Inversely, the effects of Alpha GPC are more readily observed in the parasympathetic nervous system. As a result, it induces calmness.

CDP choline also yields better results when taken before a workout session, as opposed to Alpha GPC. On the other hand, Alpha GPC is more rewarding when taken post-workout, whereas CDP choline is not.

The effects of Alpha GPC have also been shown to promote increased growth hormone secretion. This is a trait not visible with CDP Choline.

The higher density of choline present in Alpha GPC is why you’ll notice that supplements containing this active ingredient provide a higher supply of choline compared to Citicoline.

However, Citicoline remains the more rewarding supplement of the two, because upon metabolism, it produces uridine, another incredibly valuable element.

Finally, Citicoline shows a superior interaction with other nootropics, as it can actively amplify their effects. The same cannot be said of its counterpart, Alpha GPC.

To round off, here are some brand supplements that contain either Citicoline or Alpha GPC that you can try out to boost athletic performance and brain function!

If you’re looking for a highly potent dose of Alpha-GPC, you can’t do much better than the Alpha-GPC Choline Supplements.

This supplement delivers 600mg of Alpha GPC choline with each dose!

Designed to facilitate increased absorption and bioavailability thanks to its BioPerine content, your body receives every ounce of nutrients contained in each individual pill.

The Swanson Alpha-GPC Capsules give your brain a powerful nutritional boost to help promote better recall and cognitive function.

As a short-term focus booster, its effects are unparalleled. Swanson Health Products have been making health supplements for more than 50 years, and this product is one of their finest.

Each pill was created to not just improve brain function, but to help with healthy muscle development as well.

The only CDP choline-based nootropic supplement on our list, the Nature’s Bounty Brain HP Jelly Beans pack a heavier punch than all the others!

Packed with various active ingredients, this supplement helps you stay sharp and focused. It contains Cognizin-branded Citicoline in order to fully nourish the brain.

All of these choline nootropics are undoubtedly great options, so it all comes down to personal preference and what you want to achieve.

We hope that this article has helped you decide which choline nootropic is best for you!