Some reports might have us believe that the world’s population is getting sicker. While this analysis is debatable, there’s no contesting the fact that there are more identifiable cases of ailments like diabetes, chronic stress, impotence, and erectile dysfunction now than ever. This is where substances like the Arcalion come into the picture.

Claims have been made that Arcalion, like so many other artificial and natural products, has potent healing properties against several medical conditions with minor side effects.

To confirm or dispel this claim, it’s important to understand the mechanism of action that Arcalion initiates in the body. As such, we’ll be taking a closer look at this medicinal product and extensively analyzing scientific evidence on the synthetic derivative.

Arcalion is a fat-soluble derivation of vitamin B1. The thiamine derivative has been used in locations like France to reduce fatigue in people and raise energy levels. However, there’s insufficient evidence to suggest that it works as advertised.

This synthetic derivation was discovered in the late 60s by Japanese researchers. While exploring various treatment options for thiamine deficiency, they discovered that this compound could raise low thiamine levels considerably.

The observed properties of o-isobutyryl thiamine disulfide and the effects of sulbutiamine were what led to brand names like Arcalion 200 and the drug Enerion.

This derivative of thiamine is essentially created by binding two distinct vitamin B1 molecules together.

The result is sulbutiamine, a compound that’s considerably more fat-soluble than thiamine itself. As a result, clinical trials have confirmed that it can pass through the blood-brain barrier more easily.

Consequently, one of the major effects of sulbutiamine is that it raises the levels of thiamine in the brain more efficiently than any other form of vitamin B1. Clinical trials on the pharmacological profile of synthetic S-acyl thiamine derivative by Bettendorff L. and other researchers have also confirmed this fact.

How Does C. Sulbutiamine Work?

Since it can increase brain levels of thiamine, this can stimulate a rise in dopamine levels and trigger glutamate activity in certain regions of the brain. The immediate result is clearer thinking and improved mental health.

In keeping with the core role of vitamin B, it boosts the energy levels of the brain through an increase in thiamine triphosphate concentration. It also encourages an increased level of activity in the hippocampus. This, in turn, promotes memory formation.

Lastly, certain clinical trials suggest that the mechanisms of action of this thiamine derivative might also delay peripheral neuropathy. Also, by counteracting certain trophic factors, Arcalion might be capable of limiting the severity of neuropathy as well. 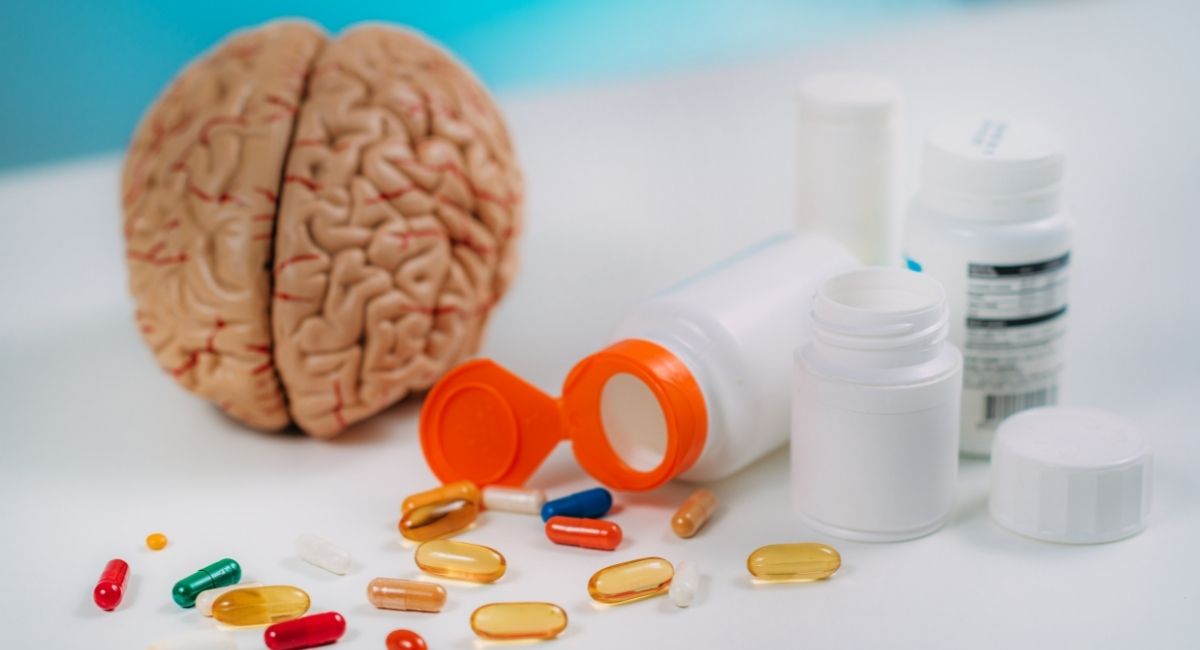 While the features of sulbutiamine are yet to be completely understood, some clinical trials have been able to establish possible effects of these lipid-soluble thiamine disulfide derivatives.

Pending more scientific evidence, here are some benefits to be had from ingesting a coated tablet of Arcalion.

Reduced Feelings of Weakness and Fatigue

O-isobutyryl thiamine disulfide has shown positive results when used to treat chronic fatigue in patients. Its use in the chronic treatment of patients reduced the occurrence of depressive episodes and psychiatric disorders, and raised energy levels in more than half of its test subjects.

In another study, 326 patients suffering from chronic fatigue (post infectious fatigue) were placed on prescribed treatments of Arcalion (400 – 600 mg/day) or placebo control.

While some patients in the randomized double-blind study recorded a spike in energy levels, the results weren’t significant when compared to those on the placebo control.

On the other hand, an uncontrolled study showed that it reduced the onset of certain psychiatric disorders, depressive episodes, chronic stress, and anxiety in 75% of the patients.

Similarly, 20 patients with multiple sclerosis were given prescribed treatments of 400 mg of Arcalion daily for 2 months. The results showed higher levels of energy.

However, as there was no placebo control in these treatments, it’s difficult to truly determine just how effective this thiamine derivative is for the treatment of patients with weakness and fatigue.

When used in tandem with certain other drugs and substances, this synthetic derivative can improve memory recall and cognitive function.

For example, Arcalion has been shown to complement the effects of dizocilpine and encourage memory retention.  It countered the amnesic effects in rats and helped them maintain focus and performance.

In another study, c. sulbutiamine drug interactions with donepezil were observed in patients with Alzheimer’s Disease. It was observed that the 26 patients in this study showed measurable improvements in memory retention.

When dose adjustments of Arcalion 200 were also observed in combination with certain nootropics like Choline, there was a significant boost of neurotransmitters in the brain. It also displayed signs of possible cholinergic mediation.

Before subscribing to the use of Arcalion or any other sulbutiamine treatment for memory-related issues, consult with a doctor first. This is because the clinical evidence to support the potency of the effects of sulbutiamine in this area is insufficient.

When blood tests reveal a high level of blood sugar, especially in individuals with diabetes, one likely result is the onset of diabetic neuropathy.

In a nutshell, high blood sugar can trigger diabetic nerve pain which will ultimately lead to nerve damage. Once diabetic neuropathy sets in, individuals start to observe limb weakness, pain, and numbness, particularly in the lower extremities.

A brief study of the effects of sulbutiamine on 15 patients with diabetic neuropathy showed the thiamine derivation alleviated the severity of neuropathy. It also reduced diabetic nerve pain, lessened limb weakness, and promoted proper muscle function.

More clinical evidence, however, is needed to further establish the effects of sibutramine on diabetic neuropathy.

Influential in Cases of Erectile Dysfunction

Arcalion for erectile dysfunction is perhaps one of the most popular uses of drugs containing sulbutiamine.

While there’s some scientific evidence that the thiamine derivative might impact erectile dysfunction, the clinical evidence available isn’t nearly enough to confirm its efficacy.

So far, one of the few credible scientific evaluations of the viability of Arcalion for erectile dysfunction is that it revived the sex drive and sexual performance of more than half of the 20 subjects in the study.

However, as the clinical trial was conducted without the use of placebo control, the interpretation of these results are subjective.

So, before opting for Arcalion to help treat erectile dysfunction, please seek the opinion of a medical professional first.

Sulbutiamine might also prove very helpful in the treatment of mild cases of indigestion.

A clinical study conducted on 33 patients who had just had surgery showed that the presence of this medicinal product plays a role in restoring digestive activities. Another study suggests that this thiamine derivative actively promotes improved gut flow.

Still, until more studies are conducted, the clinical importance of these effects of sulbutiamine remains unknown.

Cell-based studies carried out on brain tissue revealed that when nutrient-deprived brain cells were exposed to a range of doses of sulbutiamine, they lived longer than cells that didn’t receive this treatment.

In another study, this thiamine derivative was added to the lifespan of brain cells that had been deprived of sugar and oxygen. The study went on to confirm that this treatment pointedly increased activity in the hippocampus.

However, all of these studies simply suggest and don’t conclusively prove that Arcalion can be instrumental to brain protection. To establish any possible long-term relationships between doses of sulbutiamine and brain protection, more research is necessary.

One study indicates that the effects of sulbutiamine may prove useful in anti-infective treatment. In this study, doses of the compound triggered a spike in the levels of antioxidant enzymes like glutathione (GSH). In addition to this, it caused a commensurate decrease in ROS compounds.

Before considering Arcalion for treatment of erectile dysfunction, depressive disorder treatments, or other conditions, it’s important to be cognizant of the limitations surrounding the clinical evidence and perceived benefits of this compound.

To start with, a considerable amount of the human studies that have been done on the effects of sulbutiamine have been done in the absence of a placebo control. What this means is that you cannot regard these results the same way as you would those of a controlled study.

In addition, the route of drug administration is also very important. So far, only a limited number of studies have considered the effects and features of sulbutiamine when administered orally. This may impact the results the compound produces to some degree.

Even though a lot of the benefits of this compound have been amply demonstrated in certain animal and cell models, these lack sufficient clinical evidence and data.

All of these factors need to be taken into careful consideration in conjunction with the feedback received from your medical professional if Arcalion is to be used at all.

Dosage and Duration of Sulbutiamine

Regardless of the purpose for which you want to consume drugs that contain this thiamine derivative, you should consult with a doctor first.

Involving a doctor before consumption of this substance ensures you don’t take a lower or higher dose of the compound than is right for you. It’s not enough to just follow the directions on product labels.

Your ideal dose of sulbutiamine depends on the presence or absence of numerous variables. This is one of many reasons why you’re better served consult with a doctor on priority and level of use.

Broadly speaking, your dose of sulbutiamine depends on factors like your body weight, level of tolerance, the severity of neuropathy or other diseases, sex, age, and possible drug interactions.

The range of dose shouldn’t exceed 200 – 600 mg/daily. Depending on the quantity, you can opt to take the compound two to three times a day. Outside clear instructions from your medical professional, the duration of treatment with Arcalion 200 shouldn’t exceed 7 to 14 days.

If after this time you don’t see any results, do not get an extra dose without first checking with your doctor.

Lastly, please keep in mind that this substance is currently not FDA-approved.

No medicinal product is perfect, and sulbutiamine is no exception. With that said, here’s a brief rundown of some adverse effects of this compound. Keep in mind that these side effects are relatively infrequent.

A few patients on the vitamin B derivative recorded incidents of headaches, mild cases of agitation in the elderly, and some skin reactions.

Adverse effects that are more readily observed when Arcalion 200 is taken in high doses include loss of sleep and euphoria.

Finally, a small portion of patients in a study recorded insomnia, diarrhea, tremor, and nausea when sulbutiamine was used with antibiotics.

In many cases, yes.

Many users reported that they noticed signs of relief when they got on prescribed treatments. What’s more, in most of these cases, the effects of Arcalion 200 were immediate. As such, it’s safe to say that it can contribute to a healthier life.

Yet, you should also know that some people don’t observe any noticeable difference when they take this substance.

So, ultimately, working hand-in-hand with a medical professional will help you better determine if and how you’ll be able to use sulbutiamine to its advantage.

Now that you know more about the potential and limitations of Arcalion, is it worth a shot?

On one hand, the science behind Arcalion is still imperfect, but a lot of people have experienced good results. On the other, the possible adverse effects, however rare, may give pause to your decision.

The best way to know what your options are with this compound is to reach out to a medical practitioner and let them help you make an informed decision!