There is no such joy as the joy of aging gracefully or always looking twenty years younger! These days, scientists are looking for ways to maintain youthful skin, energy, and wit. It’s believed that this chemical compound works to improve the appearance of aging skin.

2-Dimethylaminoethanol bitartrate (DMAE), also known as deanol, is a small molecule that contributes to the production of Acetylcholine. Acetylcholine naturally occurs in the body and helps nerve cells communicate. DMAE presents itself as a clear, runny liquid that smells like fish.

The compound contains tertiary amines and primary alcohols as its primary groups. Deanol is thought to be essential in treating Attention Deficit-Hyperactivity Disorder (ADHD), Alzheimer’s, autism, and tardive dyskinesia (a movement disorder), among other diseases. Many people believe that the compound can also help improve cognitive function and stabilize your mood.

You can find it in fatty fish such as anchovies, sardines, and salmon. This substance is thought to help prevent beta-amyloid buildup in the brain. Beta-amyloid is a sticky chemical element produced when Amyloid-beta precursor protein (APP) is broken down. APP is also a gene that triggers the production of the amyloid precursor protein.

This protein is of interest because it’s a massive contributor to the onset of Alzheimer’s in patients.

How Does DMAE Work?

DMAE is a choline component with one less methyl group that reduces the build-up of beta-amyloid, which promotes fast aging. The compound is also believed to have nootropic characteristics.

DMAE helps with the brain’s cognitive function in several ways. First, it’s a neuroprotectant. Neuroprotection is the process of protecting the nervous system from injury or damage after it encounters trauma like an acute and chronic disease. 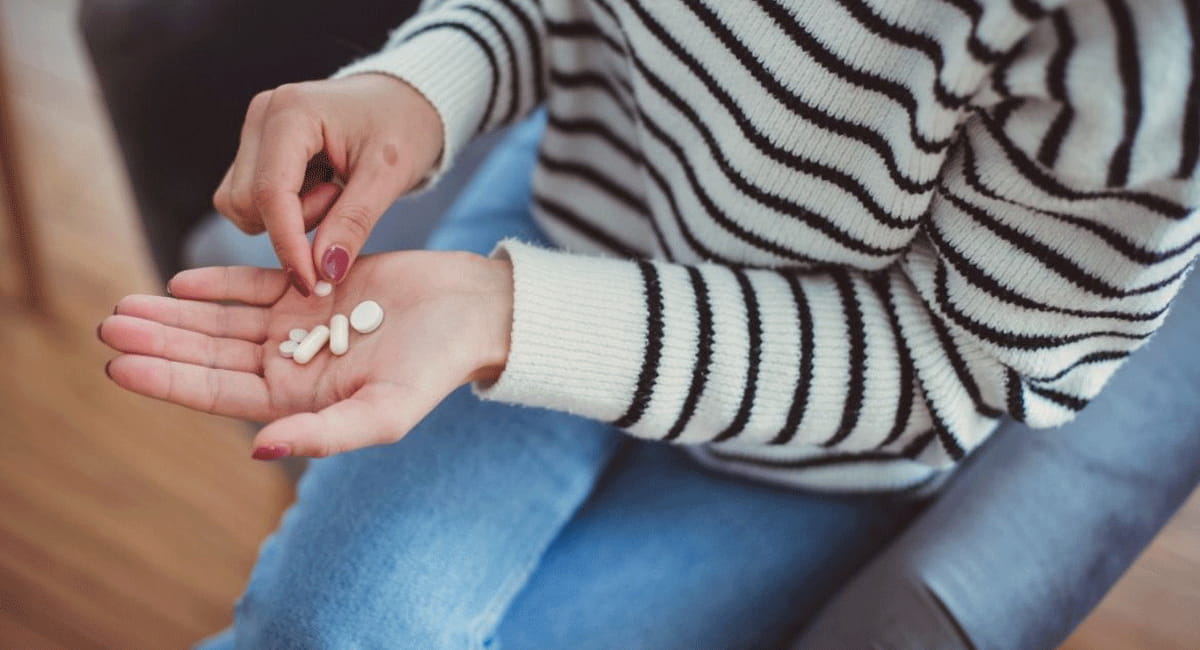 DMAE as a Neuroprotectant

DMAE is believed to serve as a neuroprotectant which helps flush out harmful waste such as lipofuscin from cells. This was proven during animal studies where lower lipofuscin levels were reported.

Lipofuscin is a yellow-brown pigment when lipid and protein residues are oxidized. This pigment is common in organs such as the liver, kidney, heart muscle, and other parts such as skin cells, adrenals, and nerves. Lipofuscin can be a visible sign of skin damage.

Lipofuscin can look benign, but its accumulation can impair cellular systems and cause disorders, such as:

Lipofuscin can easily be confused with hyperpigmentation, each of which will respond differently to treatment.

DMAE as a Mood Stabilizer

People believe that DMAE can effectively improve a person’s alertness and focus. It’s also possible that this compound can help people with depression by stabilizing their mood and boosting their energy.

The compound works as a stimulant with no crash, making it more preferable than coffee. Tests concluded that DMAE has nootropic qualities and is thought to improve memory and cognitive performance, as well as eliminate fatigue. In animals, this drug seemed to prolong their lifespan.

Where Can We Use DMAE?

DMAE is mostly ingested as a dietary supplement and incorporated into products for topical use. In the past, DMAE was a prescription drug in the US for children who had difficulty learning, but it hasn’t been sold as a prescription drug since 1983. The withdrawal wasn’t due to safety risks but because of better alternatives, DMAE is still used in the UK in drugs like Centrophenoxine.

Today, as a dietary supplement, DMAE is dosed at the manufacturer’s discretion. Some brands make DMAE serums that you can use topically, since it’s believed to be an anti-aging supplement.

Athletes even use this compound mixed with ginseng to help increase endurance, but there’s still no concrete proof supporting this benefit.

However, there are positive clinical studies that support DMAE’s ability to remove lipofuscin. Drugs, such as Centrophenoxine, have been synthesized from dimethylaminoethanol and p-chlorophenoxyacetic acid and seem to show positive results in clearing lipofuscin in France.

Although recommended by some for patients with Alzheimer’s, there are no conclusive reports that support the efficacy of this treatment.

This compound is believed to improve skin health and cognitive function. Read on to discover more about its potential health benefits!

DMAE is sometimes included in lotions and creams or sold as serums. The compound is believed to have anti-aging properties in order to help the skin maintain a youthful look. It’s supposed to gradually reduce wrinkles, lighten the dark cycles under your eyes, and give life to saggy neck skin.

The American Journal of Clinical Dermatology studied the use of a facial gel with DMAE as one of its ingredients. The study showed that the gel helped fade the lines around the eyes and forehead in about 16 weeks.

The study also noted an improvement in lip shape and fullness and a slight rejuvenation of aging skin. DMAE can also help moisturize the skin.

Small studies support the idea of DMAE being used for Alzheimer’s and Dementia patients. The studies aren’t substantial, but more research is currently underway to prove this. The Journal of Alzheimer’s Disease couldn’t conclusively note a difference in patients after taking an oral DMAE extract daily for 24 weeks.

However, in healthy humans, the increased levels of Acetylcholine produced by DMAE boosted learning and memory. The chemical can help you remember what you’ve learned for a prolonged period. The compound is also thought to help people with focus and concentration while working on projects.

In the past, DMAE was used for behavioral control, but better alternative treatments have since been introduced. Due to its close relation to the neurotransmitter acetylcholine, DMAE is believed to positively affect the brain and central nervous system. Therefore, it has been indirectly linked to mood stabilization and the ability to treat mental disorders such as anxiety and depression.

Risks and Side Effects

Unless prescribed by a doctor, women who are pregnant or nursing should not use DMAE. While most of these products are recommended for adults, the chemicals can pass from mother to child during pregnancy.

People with mental disorders should also refrain from using products that alter their brain function without their doctors’ approval. These disorders include depression, anxiety, schizophrenia, and tonic-clonic seizures. There have been no studies that support a conclusion that DMEA can be effective in the treatment of these types of diseases.

Drugs You Shouldn’t Take with DMAE

Some drugs don’t go well together. That being said, we’ve laid out which drugs you shouldn’t take in conjunction with DMAE. 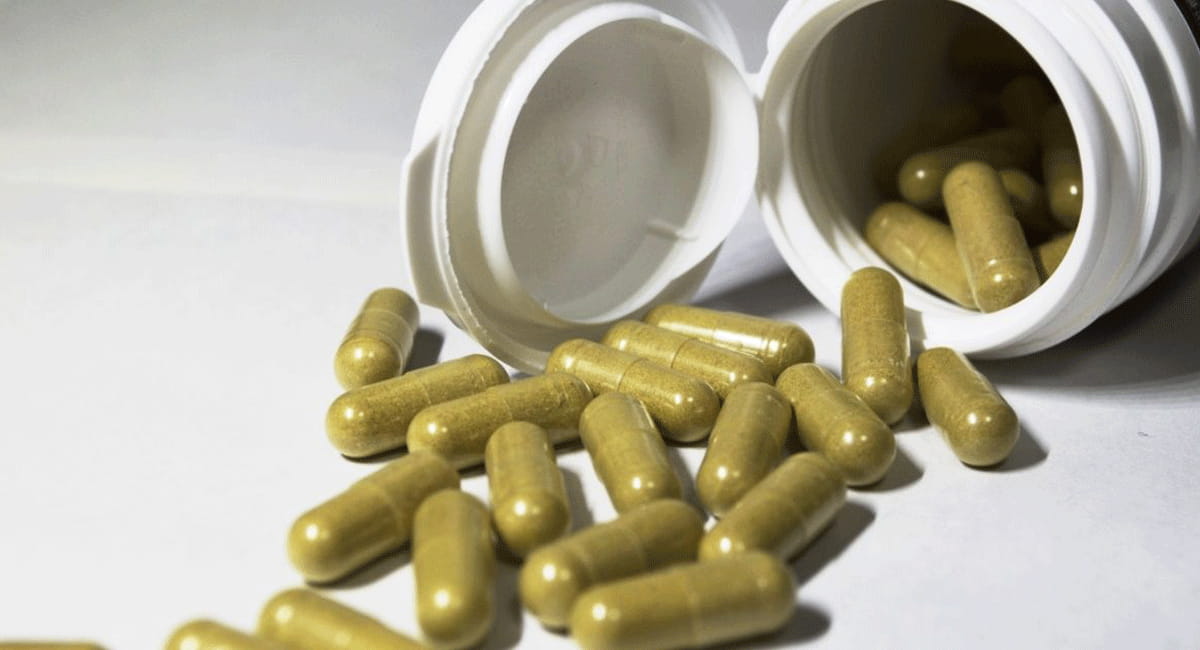 These drugs treat a wide range of diseases like asthma, COPD, and Parkinson’s disease. Anticholinergics block Acetylcholine from binding to its cell receptors, and DMAE promotes the production of Acetylcholine, which is counterproductive and implies a negative interaction.

Cholinergic agents work to increase, block, or mimic Acetylcholine. Despite DMAE doing the same, we might not know which kind of cholinergic drugs your doctor prescribed. Using DMAE products with these drugs may cause your actual meds to stop working or lead to higher levels of Acetylcholine that would be considered healthy.

These are used to treat patients with dementia and Alzheimer’s, and they manipulate Acetylcholine production in the brain. Mixing these with DMAE supplements can interfere with the balance of this neurotransmitter in your brain.

What to Look for When Buying DMAE Products

Due to the lack of evidence supporting the use of DMAE and the many DMAE products available on the market today, it’s essential to read the fine print on the actual product packaging.

Product labels usually contain information on active ingredients for the type of product you’ve chosen. The best thing to do is to look at essential certifications and third-party testing. If tested by a third-party, keep in mind that genuine organizations usually share the test results.

When buying products online, look for the Q&A subsection in the product information section. Look for mismatches and misstatements about products and stay informed by researching any far-fetched claims.

ZhouNutrition has combined DMAE, rhodiola rosea, bacopa monnieri, and ginkgo biloba as the main ingredients for this supplement. The brain support supplement is ideal for professionals, students, and gamers who work long hours and need support staying focused.

Zhou’s Neuro Peak claims to help support the brain’s memory and cognitive function by enhancing blood and oxygen circulation. The rhodiola extract is believed to help balance your mood and manage your body’s reaction to stress.

Their labs are GMP certified, and they pick the highest-quality ingredients to create their products. Neuro Peak comes in a 30-capsule bottle, and the manufacturer recommends taking one capsule, once or twice per day.

This memory booster combines DMAE, Bacopa monnieri, and l-glutamine for people who need to concentrate for extended amounts of time. This supplement is meant to enhance your cognitive performance by helping you learn and retain information more effectively.

This supplement also contains green tea extract which should give you more energy and help keep you relaxed. Bacopa monnieri has also been used for a long time to help people focus.

This supplement comes packaged in either a 60-capsule or a 90-capsule bottle. The capsules taste fruity, and you need to take two capsules per day to feel the full effects!

This is a DMAE product for topical use. The skin cream claims to help improve flaky, dry, and dull skin. Andalou Naturals has combined DMAE and hyaluronic acid to create a skin moisturizer to help prevent aging skin.

This cream, along with all of Andalou Naturals’ products, claim to contain antioxidants that protect users’ skin and hair. Their products are all-natural and don’t contain any genetically modified ingredients!

Life Extension’s supplements are an excellent, holistic way to get brain health support. The company has been producing supplements for four decades, and have continually improved their standards over the years.

The supplement comes in capsule form and uses DMAE as its main ingredient to enhance the production of Acetylcholine.

This supplement also leverages the neuroprotective aspect of DMAE to help protect your brain cells from free radicals, which helps keep your brain young. They use all-natural ingredients to make these supplements, and their products are non-GMO and gluten-free.

In this article, we have covered the topic of dimethylaminoethanol bitartrate, including its uses, benefits, and potential side effects. In theory, DMAE has all the qualities you’d need in a supplement, and it’s said to have medicinal properties to help you relax your mood without crashing or experiencing withdrawals.

The chemical is also believed to be good for your skin unless you’re allergic to it and is readily available in fatty fish, which isn’t that hard to find.

Although little evidence is available, this chemical could become the go-to alternative treatment option for mental disorders, like Parkinson’s, instead of relying on synthetic drugs. DMAE supplements could also potentially help students with learning disorders.