We all know that our physical and mental health depends on the choices we make. What you eat, how much sleep you get, what exercise regime you follow, and many other factors can have a significant impact on your wellbeing. But what about natural supplements?

There are many different ways to improve your health with no side effects or risk of addiction – Rhodiola Rosea is one of them. But how long does it take to work?

This article discusses how long Rhodiola Rosea takes to work and why it’s so beneficial for your body.

What is Rhodiola Rosea?

Rhodiola Rosea is a perennial flowering plant that grows in cold climates, such as the Arctic and mountainous regions of Europe and Asia. It’s also known as golden root or Arctic root and has been used in traditional medicine for centuries to treat a wide variety of conditions.

Rhodiola Rosea is a dietary supplement that has become popular as an alternative to prescription medications for conditions such as depression and anxiety. These supplements are available in capsule or tablet form and can be found at most health food stores.

Rhodiola Rosea is often used to improve energy levels, reduce stress, and boost cognitive performance. Some people also use it to treat symptoms of depressive disorder and generalized anxiety disorder.

It is important to consult with a healthcare provider before taking Rhodiola Rosea supplements. While this herbal supplement is generally considered safe, it may cause some side effects such as headache, dry mouth, or dizziness. 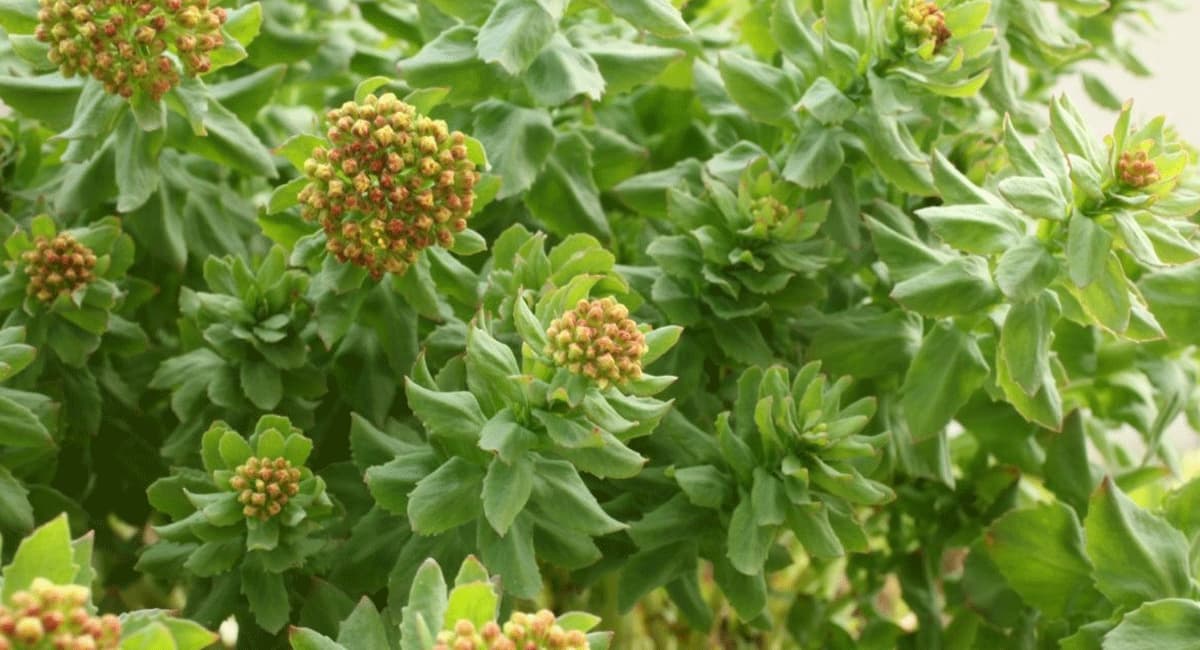 How Long Does Rhodiola Rosea Take To Work?

According to MindLabPro, Rhodiola acts on the body within 30 minutes after ingestion and lasts for about 4-6 hours, delivering a quick response to a stressor and acting on a portion of the body’s stress response system, the sympathoadrenal-system (SAS).

It keeps neurotransmitters like dopamine, serotonin, and norepinephrine in check.

Norepinephrine is a hormone that regulates alertness, attention, sleep, and blood pressure, and plays a major role in how the body responds to stress.

Although Rhodiola takes a minimal amount of time to start working after intake, the long-term effects might take weeks to be noticed. In some cases, because Rhodiola is water-soluble and mildly stimulatory (albeit not as much as caffeine), you might experience some instant effects.

Following 6 weeks of treatment, one study found that taking 340 mg of Rhodiola taken once or twice a day significantly reduced symptoms of mild to moderate depression, as well as general symptoms, insomnia, and emotional instability.

According to healthline.com, there are several health benefits of Rhodiola Rosea L:

Rhodiola has long been recognized as an adaptogen, a natural ingredient that boosts your body’s overall stress resilience. Taking adaptogens during times of stress is supposed to help you cope better with difficult events.

Rhodiola has been proven to alleviate burnout symptoms that can emerge as a result of persistent stressful situations. In a study conducted in 2017, 118 persons suffering from stress-related burnout were given 400 mg of Rhodiola every day for 12 weeks. Participants exhibited significant improvement in a variety of symptoms related to burnout, like symptoms of depression, excess stress, and stress-related fatigue.

In the first week, the most progress was made, and this trend remained throughout the research. This was the first study to look at the clinical effects of Rhodiola treatment on burnout. The researchers were encouraged by the results and suggested that more trials be conducted.

Anxiety, stress, and insufficient sleep are some of the variables that can cause weariness, which can result in physical and mental exhaustion. Rhodiola is thought to aid with physical and mental fatigue because of its adaptogenic qualities by boosting mental energy.

In one research, 100 patients with chronic tiredness symptoms were given 400 mg of Rhodiola each day for eight weeks. Stress symptoms, weariness, quality of life, mood, and focus all improved significantly for them. These gains were seen after only one week of treatment and lasted until the end of the experiment.

Depression is a prevalent and significant disorder that affects your mood and behavior. It occurs when neurotransmitters, or brain chemicals, become imbalanced. Antidepressants are frequently prescribed by doctors to help alleviate these chemical abnormalities.

Rhodiola Rosea is thought to have antidepressant effects that aid in the balance of neurotransmitters in the human brain. In one study, the effects of Rhodiola were compared to those of sertraline, a commonly prescribed antidepressant available under the brand name Zoloft.

For 12 weeks, 57 persons with depression were randomly picked to receive either Rhodiola, sertraline, or a placebo pill. Although both sertraline and Rhodiola reduced depression symptoms, sertraline was more effective. Rhodiola, on the other hand, had fewer adverse effects and was well accepted.

Exercise, good nutrition, and quality sleep are all effective ways to keep your mind in tip-top shape, but certain supplements such as Rhodiola may also be beneficial for this purpose.

Research conducted in 2014 showed that Rhodiola reduced both physical and mental weariness in nursing students after 42 days. At the beginning of their wakeful time, the students consumed 364 mg of either a placebo or Rhodiola, followed by up to 1 extra capsule in the next 4 hours. It was found that Rhodiola has potential for improving cognition and treating mood issues in humans.

Other human studies found that Rhodiola’s medicinal capabilities may help with a variety of age-related disorders. Additional clinical studies, however, are needed to fill the gap between clinical applications and experimental results, according to the researchers.

Diabetes results in high levels of blood sugar, and insulin injections or drugs that improve insulin sensitivity are routinely used by diabetics to help them better manage their blood sugar levels.

Animal studies suggest that Rhodiola may aid in the control of diabetes. Because these experiments were conducted on rats, the results cannot be applied directly to humans.

If you have diabetes, consult your nutritionist or healthcare provider before using Rhodiola supplements. 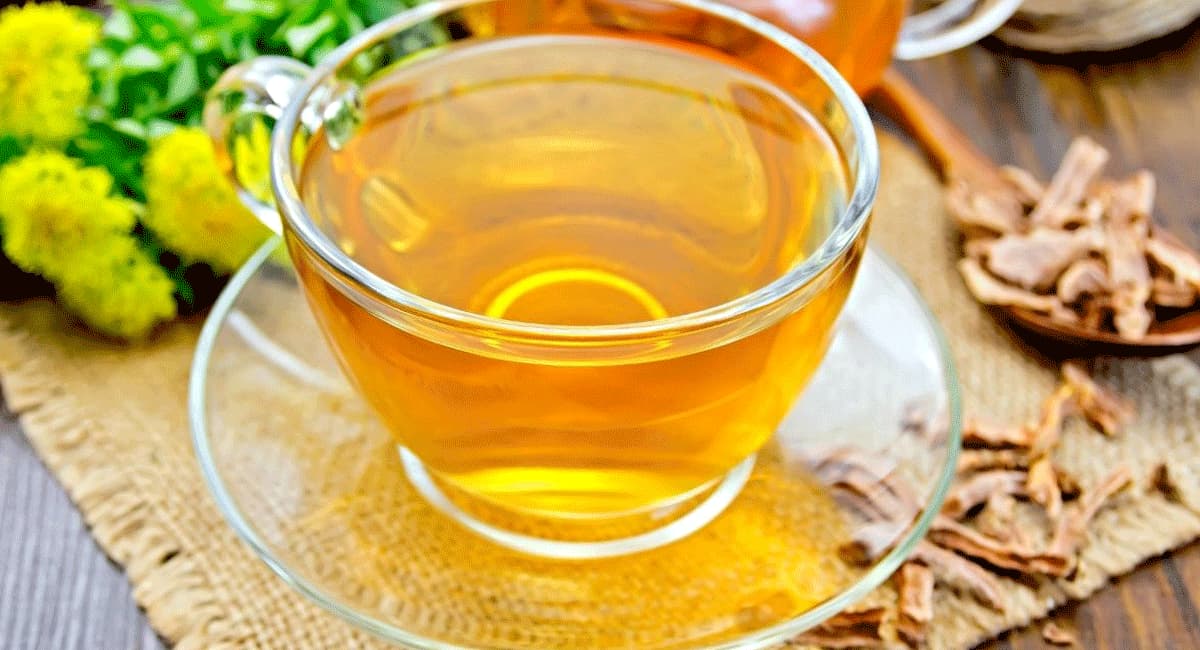 Scientists believe that Rhodiola may be beneficial in the treatment of a variety of cancers.

The anticancer properties of salidroside, a powerful component of Rhodiola have been found to suppress the growth of lung, gastric, bladder, and colon cancer cells in test tubes and animals.

Until human trials are available, however, it is unclear whether Rhodiola can assist treat cancer.

Here are some supplements you can take if you need a sufficient dose of Rhodiola Rosea in your diet:

Rosavins and salidrosides, the active nutrients, have a synergistic nature and are much more effective when combined in a balanced ratio (5:2).

The best Rhodiola on the globe has long been known to come from Siberia. Grown in the Siberian tundra, the cold temperature promotes the highest levels of active nutrient expression. Every batch is tested for species, origin, and potency using DNA analysis.

Toniiq Rhodiola comprises 600mg of the highest grade Rhodiola powder, which is ethically obtained, farmed, and nurtured with an extraction procedure that ensures a 5% salidroside concentration.

Toniiq Rhodiola has at least 3X the quantity of salidroside available in other brands, making it one of the most potent Rhodiola supplements.

Toniiq products are made in a state-of-the-art manufacturing facility in the United States that is NSF-approved and GMP-certified. Each batch is tested by a third-party independent laboratory to confirm that the components meet standardized active ingredient levels.

If you are looking for a natural way to improve your mood, reduce stress and anxiety levels, or help with insomnia, then R. Rosea may be the answer.

This adaptogenic herb is believed to improve all aspects of mental performance including attention span, memory retention, and cognition. It can also act as an anti-inflammatory agent by reducing fatigue associated with chronic illnesses.

How long does Rhodiola Rosea take to work? The good news is that this supplement doesn’t require any specific time frame for its benefits to kick in, so if you want a quick fix without having to wait for days, then this is the herb for you.