Marijuana has been used in medicine as a remedy since ancient times. Originating from Central Asia, the plant is one of the oldest crops to have been cultivated. The seeds of marijuana took roots in the new ground as exploration and trade happened all over the world.

One of the two most common medicinal cannabis plants is Sativa. Sativa is defined by its spindly leaves and tall form, unlike Indica which has a broad and full shape. It can grow to twelve feet in height and it usually takes longer to mature than other types of cannabis.

Compared to Indica, Sativa strains can produce large yields and grow in very dry and hot climates. Nowadays, Sativa can be found growing in many regions of the world including Brazil, Columbia, South Africa, Jamaica, Vietnam, Cambodia, and Thailand.

Even though Sativa strains are best grown outdoors where they have plenty of space to grow, they can be grown indoors if you properly plan and take care of the plant. The strain has a high concentration of THC, which makes it quite known for its psychoactive properties.

Even though CBD and THC are the most known properties that cannabis has, cannabis also has omega-3 and 6 acids, flavonoids, terpenes, phytocannabinoids, and many other active nutrients and chemicals. Terpenes in combination with cannaflavins or flavonoids give the strain its synergistic color, flavor, and effects.

Cannabis Sativa, as we previously mentioned, can be found in dry and hot climates that have long sunny days. Thesee locations include areas of Western Asia, Southeast Asia, Central America, and Africa. When it comes to the typical THC to CBD ratio, Sativa often has lower doses of CBD and higher doses of THC. Sativa often causes anxiety-reducing and energizing effects.

Instead of feeling relaxed and lethargic, with Sativa, you feel creative and productive. It’s usually recommended that sativa be used in the daytime due to the stimulative effect it has. Some popular Sativa strains that can be found include Durban Poison, Panama Red, and Acapulco Gold. 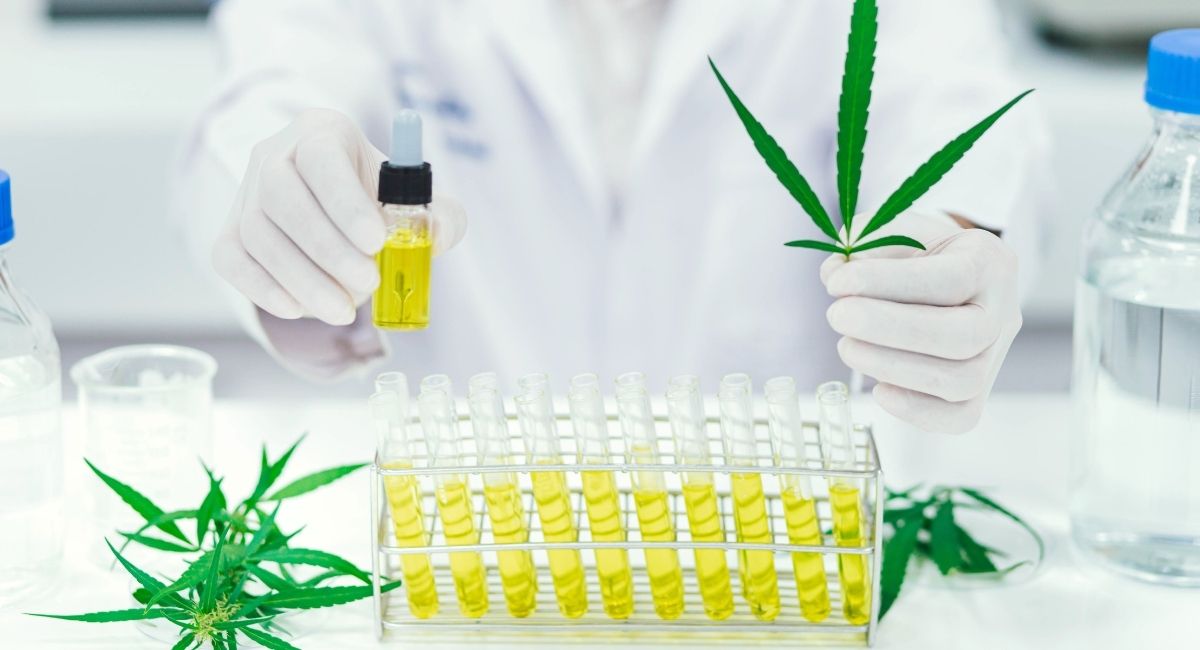 More than two-thirds of the United States and the District of Columbia support legalized marijuana for medical use since each state dictates the legality of the use of medicinal marijuana on its own.  Even though many people are using marijuana in the United States, it’s only approved by the FDA, or Food and Drug Administration, for the treatment of two severe and rare forms of epilepsy, which are Lennox-Gastaut syndrome and Dravet syndrome.

The next question is, why hasn’t more research been done on marijuana when such a large number of people in the United States are already consuming it? Well, one of the reasons for this is that the DEA, otherwise known as the United States Drug Enforcement Administration, considers marijuana a Schedule I drug, the same as ecstasy, LSD, and heroin.

A substance abuse specialist at the University of Pennsylvania Perelman School of Medicine named Marcel Bonn-Miller says that because of this reason, researchers need a special kind of license in order to study marijuana.

This is something that might not change anytime soon. Even though it was considered by the DEA to reclassify marijuana as a Schedule II drug like oxycodone or Ritalin, they still decided to keep it as a Schedule I drug. In addition, the FDA has approved two cannabinoid medicines that are man-made. The first is nabilone (Cesamet) and the second is dronabinol (Syndros, Marinol). These are used to treat vomiting and nausea from chemotherapy.

To take medicinal marijuana, you can do a few things. The first is to place a few drops of liquid under your tongue. The second is to apply it to your skin in a cream, oil, spray, or lotion. You can also eat it, for instance, in a lollipop or brownie. You can inhale it in your lungs through a device called a vaporizer that turns the marijuana into a mist, and, lastly, you can smoke it.

A rule that’s usually applied to the two different strains is that Indica is more calming and relaxing, while Sativa is more energizing and invigorating. However, the reality is that things aren’t that simple. Varying effects can be produced by individual plants, even if they are the same type of cannabis.

The effects will depend on the growing technique used and the chemical composition of the plant. Instead of only looking at whether the plant is Indica or Sativa, you should look at the descriptions provided by the dispensary and grower.

Oftentimes, the type of plant is broken into specific breeds or chemovars. Chemovars can be distinguished by their individual terpene and cannabinoid content. This is also known as a cannabinoid profile, which is what provides you with the most accurate information that will help you determine which breed of marijuana is best suited for your needs.

Marijuana isn’t a treatment that fits everything, just as synthetic drugs cannot help with all conditions. The benefits of marijuana come from its compounds called cannabinoids, such as CBD or cannabidiol. One of the most studied cannabinoids in marijuana is CBD.

It’s thought that CBD in marijuana can help reduce inflammation. Theoretically speaking, this can benefit some inflammatory conditions, such as rheumatoid arthritis, irritable bowel syndrome, and Crohn’s disease. The overall health of the human body can improve by decreasing inflammation.

The cannabinoids in Sativa can alter pain perception pathways in the brain and, as a result, reduce pain in the body. This can be very useful for treating conditions that cause chronic pain, such as migraines, endometriosis, fibromyalgia, and arthritis.

Some side effects of cancer treatment can be minimized, such as the loss of appetite people feel when undergoing treatment. There are also reports that say that medical marijuana helps replace the long-term use of NSAIDs, or nonsteroidal anti-inflammatory drugs, such as Ibuprofen.

Sleep disorders, such as insomnia, can be improved thanks to the relaxing effects that marijuana offers. When marijuana is used to reduce pain, improved sleep can occur as a result.

Improvement of Mental and Neurological Disorders

The limbic system is also affected by marijuana. That being said, sometimes marijuana is prescribed by doctors in order to treat the following mental and neurological health conditions: Tourette syndrome, PTSD or post-traumatic stress disorder, Parkinson’s disease, multiple sclerosis, epilepsy, and anxiety.

Each person is affected by marijuana in a different way. Some people might not notice the effects of marijuana as much, while others can be very sensitive to them.

Some factors that will help determine how people will react to marijuana include the following:

Some feelings you get when you consume marijuana are hunger, creativity, amusement, euphoria, relaxation, and being more sensitive to smell, taste, touch, sound, color, and light. However, consuming marijuana can also lead to a not-so-pleasant experience or feeling. Potential negative feelings include a racing heartbeat, psychosis, paranoia, panic, vomiting, nausea, high blood pressure, hallucinations and delusions, confusion, and anxiety. These negative effects usually occur when you consume too much marijuana or use stronger strains of cannabis.

Sativa will sharpen your focus and boost your creativity. It also helps regulate appetite, anxiety, sleep, and mood. It works to ease and treat anxiety and helps combat chronic pain.

The benefits of Sativa are plentiful. We hope that we were able to provide you with a bit more insight into what you can expect from using Sativa!