When we wake up in the morning, we all need that extra boost of energy that instantly picks us up and sets the tone right. For many of us, caffeine does the trick. But for those of us who are sensitive, that caffeine jitter can become an inconvenience.

All in all, caffeine comes with some side effects that make it non-ideal to a substantial percentage of the general population. If you too fall in this group that views this caffeine crash as a major problem, we might just have the perfect solution for you.

Theobromine, or what the Mayans referred to as the ‘Gift from the Gods,’ is picking up pace as the ideal alternative to caffeine. While there’s no denying that caffeine may be simply irreplaceable (we just had some ourselves!), we can’t ignore the various health issues that tag along with that cup of joe.

So what exactly is the difference between theobromine vs caffeine?

Theobromine vs Caffeine: In Brief

Theobromine – The Good One

First discovered in the 1840s in the mighty cocoa bean, theobromine is commonly found in chocolate (dark, mostly) and different varieties of tea, such as black tea and yerba mate. Scientifically speaking, it has two methyl groups, with a molecular structure that’s very similar to caffeine.

Theobromine is a naturally occurring substance that has known effects on energy levels and is considered a mood stimulant in many countries.[¹] Remember when you were feeling a bit low and nothing could lift you up quite like a good chunk of your favorite chocolate? That was theobromine working its magic on you!

Caffeine – The Popular One

We can say this with utmost certainty: we’ve all had a fair share of caffeine from a very young age (shocker, we know).

You have an early morning exam and you still have a huge syllabus to cover? Down goes a can of an energy drink that’s loaded with caffeine. 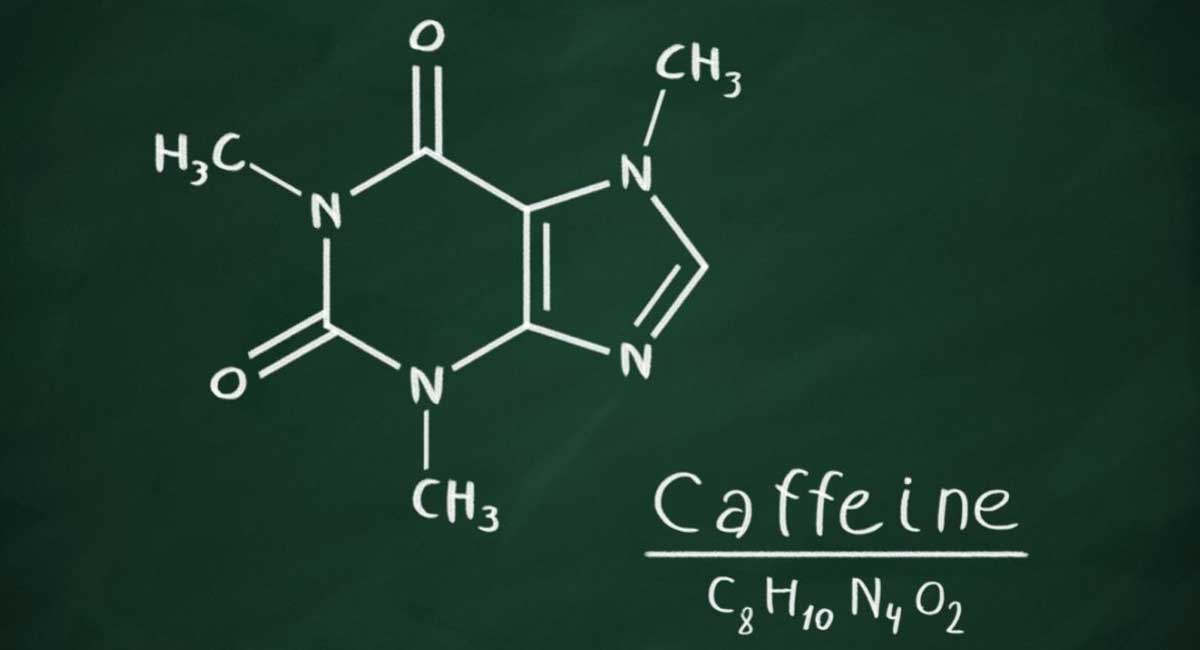 Sitting at your work desk for hours trying to complete a presentation? Might be the perfect time for a big cup of coffee.

Pan your eyes over the street and every other person you see has a cup of Starbucks in their hands, pacing up and down, some even running.

Also, it is a common practice for bodybuilders to have a shot of espresso right before their workout sessions. What makes caffeine so popular, you may ask?

Caffeine interacts directly with the central nervous system, which makes it almost addictive. Most of the time, when you get a craving for coffee, it’s simply psychological. After a point, our bodies stop functioning without injecting caffeine into our bloodstream.

With a similar molecular structure to theobromine, caffeine belongs to a slightly different methyl group. The elements in this group react with our central nervous system, blocking the receptors that direct our bodies to de-stimulate. That’s why you feel that instant boost of energy with that first shot of java in the morning.

Theobromine vs Caffeine: Relationship and Differences

Both theobromine and caffeine have very similar molecular structures. The major difference between the two is a single methyl group.

When compared to caffeine, the molecular structure is very similar except for one methyl group, which is primarily responsible for caffeine being slightly more addictive in nature.

Now, here’s where things get interesting. Theobromine actually belongs to the same family of chemicals as caffeine but is known to have slightly more gentle effects on the body, in particular, on the nervous system. For many of us, this is good news.

For instance, both are used as vasodilators that significantly improve asthmatic experiences, facilitating breathing by widening the blood vessels in the lungs. However, caffeine is said to have a better and longer-lasting effect than theobromine, all thanks to super-strong stimulators that ‘fit’ the processing enzymes better than theobromine.

Think of it like a motorcycle. If the screws don’t fit right, the bike won’t work that well on the road and might need constant repairing. When everything fits perfectly, there’s a higher chance of the bike running smoothly on the road.

That’s not all, though. Both caffeine and theobromine are also known to be excellent muscle relaxants. Caffeine is mostly taken in the form of coffee which instantly impacts the central nervous system and soothes the cardiac and skeletal muscles.

Theobromine does the same thing, considering they belong to the same class of stimulants, but in a much lighter and non-addictive way. The effect also takes longer to set in, which is why coffee is the preferred choice for people who need instant results.

According to a study conducted in 2019, more than 80% of U.S. citizens regularly consume caffeine in one form or another, with coffee being the most popular beverage in the country.[2]

If you’re looking for a boost of energy, caffeine will do that for you in no time. It combats drowsiness, which is one of the leading benefits associated with it. The downside is that over-consumption of caffeine can result in several side effects including:

Also, the stuff is highly addictive. Once you become a caffeine head, there’s absolutely no turning back.

Theobromine, on the other hand, is almost ten times less addictive. While both caffeine and theobromine bind to the central nervous system, the bind of theobromine is much weaker. This is also why it takes longer to take effect. You might not get that immediate blast of power when you eat a bar of chocolate as compared to a shot of espresso, but it’s definitely worth the wait.

Theobromine vs Caffeine: Benefits and Side Effects

Studies suggest that theobromine has a noticeable impact on heart and blood pressure.[3] When consumed in moderate amounts, theobromine’s stimulant properties are known to lower blood pressure and the risks related to cardiovascular diseases.

Although mild in comparison to caffeine, theobromine is also known to keep your energy levels high. Moreover, the results last much longer because they take their own sweet time to set in.

Theobromine significantly improves brain function as well, thanks to its stimulant properties. However, the effect is mild and much less pronounced in comparison to caffeine and other supplements.

More good news: theobromine, when consumed in the form of dark chocolates, is quite nutritious, as well. It’s a rich source of magnesium and good fatty acids that also help with digestion.

We can’t help but mention again that theobromine is much less addictive than caffeine. Seriously, that alone makes it a great alternative to caffeine-filled drinks and supplements.

When consumed in moderation, it goes a long way in giving you that extra boost of energy right before a good workout session.

A good bar of chocolate uplifts your mood like nothing else. It has a certain euphoric effect that takes your mind off all the worldly problems and leaves you with a delicious after-taste.

Side Effects of Theobromine

While there are no major side effects associated with theobromine, at the end of the day, overconsumption of anything can be bad for your health.

When ingested in high amounts, theobromine may cause:

Caffeine is mostly commonly ingested in the form of coffee, a beverage known to alleviate and heighten mood, promote wakefulness, and improve focus. In some cases, coffee can also help improve concentration.

It’s said that caffeine can be helpful for weight loss in two ways as well: one, by suppressing appetite and irregular hunger pangs, and two, by stimulating thermogenesis, a process that causes your body to produce more heat to help with digestion.

Studies have also demonstrated that caffeine may help in reducing the risk of developing Alzheimer’s and Parkinson’s disease.[4]

There’s no doubt that caffeine makes you more alert and improves your focus. That’s one of the reasons why people are naturally inclined towards adopting java as an integral part of their regular lifestyle.

Side Effects of Caffeine

For a majority of people, consuming up to 400 mg of caffeine is considered safe, although this amount goes down to 200 mg for expecting and breastfeeding mothers. However, caffeine is not free of side effects. To name a few, some of the side effects that can come with caffeine consumption are::

Both theobromine and caffeine belong to the same class of chemicals, however, theobromine is considered to have a bit milder effect. That being said, theobromine is definitely much better for your overall health than consuming caffeine on a regular basis and comes out ahead in the theobromine vs caffeine debate.

Theobromine’s stimulating properties are more long-lasting and are a great option if you’re looking for sustained energy. However, that doesn’t mean that you should go crazy and scarf down 10 bars of chocolate. It simply means that a bar of dark chocolate might just be a better option than one or more cups of coffee.

Please note: The article is an explanation given by the author based on current research and contains links and references from medical sites. Please consult a practicing doctor before taking any kind of medicine or supplement.