The chemical comes from the niacin in your body and plays a key role in energy production. Niacin is vitamin B3, which works to help your body convert food into energy, create and repair DNA, and create fats and cholesterol.

NADH can be synthesized artificially into supplements to give you that extra energy boost. It’s also commonly used in treating disorders such as chronic fatigue syndrome.

We have seen NADH’s relation to Nicotinamide Adenine Dinucleotide (NAD). There is an oxidized version abbreviated as NAD. The two are commonly known as the “redox couple,” a term coined because these substances are the same molecule, except that one is reduced and the other oxidized. Because of the high-energy hydrogen, NADH takes the crown as the most biologically active form.

NADH is a coenzyme, and coenzymes must be present for enzymes to work. Enzymes are essential in catalyzing biological processes and ensuring that the body produces essential products for our bodies. Without coenzymes, the body will be missing out on most if not all of the substances needed for its essential functions. For example, an enzyme can’t convert food into energy when detached from a coenzyme.

Why Is NADH Important?

As coenzyme 1, NADH is a crucial component of energy production at a cellular level. If your NADH levels fall, there will be an energy deficit at the cellular level, which will cause the body to feel fatigued. Your level of NADH cells will determine how much energy you have. Despite how essential NADH is, its production declines as we get older, which is why it’s important to take supplements.

Difference Between NAD, NAD+, and NADH

If you’ve ever researched this compound, you’ll see these three variations are sometimes used interchangeably, especially between NAD and NAD+, but what is the difference?

The difference between NAD and NAD+ is minimal. Using NAD without the + sign generalizes the redox couple, both the reduced and oxidized versions. When we add the + superscript, we are exclusively referring exclusively to the oxidized NAD form.

As discussed earlier, NAD exists in two forms: NAD+ and NADH. However, these aren’t their permanent states. These chemicals can switch from one to the other depending on their particular role at any given time.

Regardless of their state, all these molecules contain carbon, hydrogen, oxygen, and phosphorus atoms. In general, atoms contain protons, neutrons, and electrons. The protons and neutrons occupy the middle of the atom, also known as the nucleus and, generally, the number of protons and electrons are equal.

Atoms follow the octet rule, with where their valence shell contains eight electrons, but this isn’t always possible. When this is not the case, the atoms become reactive, which explains how chemical reactions occur.

This is the reason for the difference between the two NAD molecules. When NAD molecules form, the atoms that make up the molecules bond, but because one of its nitrogen atoms remains unattached, there ends up being an extra proton compared to the number of electrons, which results in a positive charge.

Here, the second hydrogen atom bonds with the carbon atom and forms NADH, which can easily change back to NAD+ when it donates the extra hydrogen atom.

The Role of NADH in Cellular Respiration

The brain is a bustling place with numerous brain cells receiving and transmitting signals simultaneously to control our internal bodies and help us understand our surroundings. The brain is also tasked with keeping track of all of these cells in order to not miss out on any alarms.

Adenosine Triphosphate (ATP) is the element responsible for cellular energy that makes brain activity possible. As we exist, thousands of ATP molecules traverse body cells in a complex process known as cellular respiration. 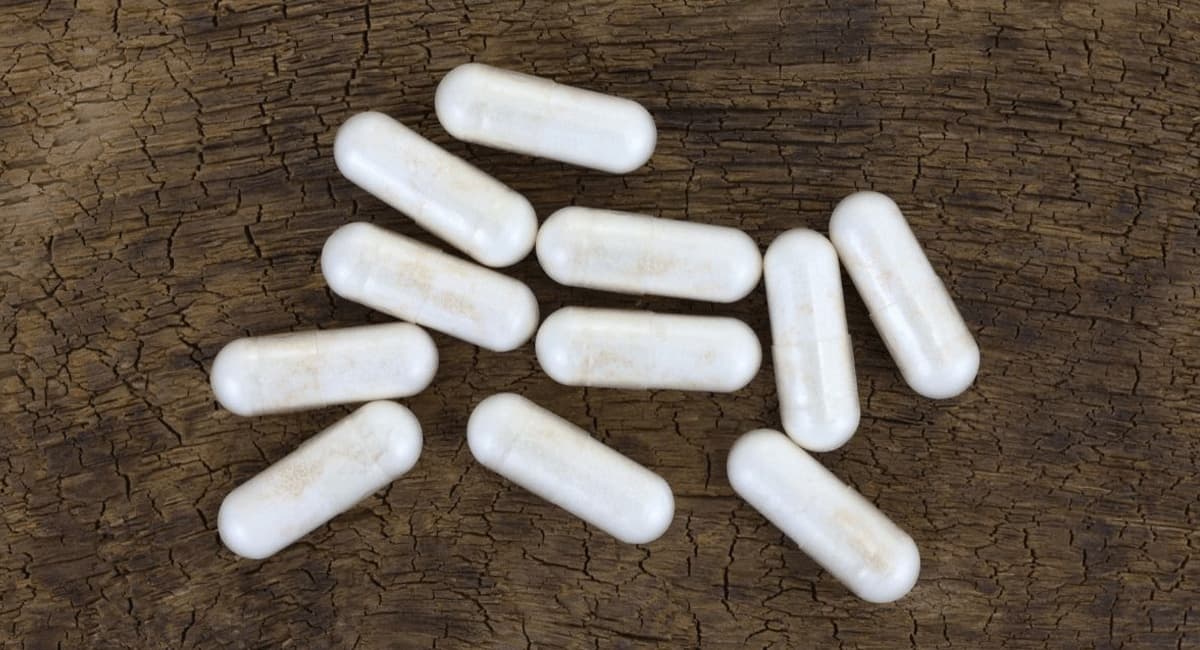 Cellular respiration uses the air we breathe and glucose to make these ATP molecules and get rid of carbon dioxide, a byproduct resulting from the process.

During cellular respiration, NADH works together with another molecule, known as Flavin Adenine Dinucleotide (FADH), to transport electrons to the mitochondria to extract energy from them.

Glycolysis is the first stage towards glucose breakdown and the production of ATP molecules. It is essentially a series of steps that together form a metabolic pathway. In this stage, a glucose molecule is degraded into two pyruvic acid molecules in the cytoplasm. This process happens in all living organisms, including plants, animals, and microorganisms, at a cellular level.

There are three key enzymes operating during glycolysis: hexokinase, phosphofructokinase, and pyruvate kinase. The glycolysis process happens in ten steps, but we’ll highlight the steps most related to NADH manipulation.

During the first stages of glycolysis, ATP energizes the molecules, utilizing two ATP molecules. The glucose molecule has six carbons, and when broken down into pyruvate, it gets split into two molecules, each with three carbons.

During glycolysis, when the process breaks down ATP, a chemical reaction transfers high-energy electrons to NAD+ molecules, resulting in 4 ATP and 2 NADH molecules.

Another name for this stage is the tricarboxylic cycle (TCA cycle). The Krebs cycle happens inside the mitochondria and is a perpetual process. In other words, the last step is the beginning stage of another.

The pyruvate has to be processed into acetyl CoA after glycolysis in order to participate in the Krebs cycle. The pyruvate is broken down, and a carboxyl group is removed to release carbon dioxide. This step results in a bond between two-carbon hydroxyethyl and pyruvate dehydrogenase.

The hydroxyethyl group is then oxidized to an acetyl group, and the electrons then bond to the NAD and FAD. This bond reduces these molecules to NADH and FADH once again to begin redox, the first stage of the Krebs cycle.

This is the process that produces the most ATP molecules. During oxidative phosphorylation, electrons are exchanged between molecules creating good conditions for ATP production.

The electron transport chain occurs during the final stages of aerobic respiration. In this chain, electrons rapidly travel from one stage of the chain to the end. This is the only stage that uses oxygen.

The electron transport chain comprises four complexes and is available in the inner mitochondrial membrane of eukaryotes. You can also find some copies of the chain in the plasma membrane of prokaryotes.

Athletes have used the correlation between NADH and energy production, and some have begun taking them to supplement their energy during races. NADH isn’t really a drug, nor is it a stimulant, so it doesn’t disqualify the athletes.

Clinical tests have validated the theory that elevated levels of NADH cause increased endurance and stamina. The most common categories of NADH consumers include professional athletes, professional sports teams, cyclists, and amateur sportspeople.

The Role of NAD in Aging

Aging begins at the cellular level. So much activity happens in cells, which causes a few chemical processes, including oxidation, glycation, and methylation.

Oxidation releases free radicals in the cells, which combine with other compounds to produce reactive chemicals linked to aging and diseases, such as rheumatoid arthritis, cancer, and autoimmune and inflammatory diseases.

Harmful chemicals attach themselves to mitochondria, proteins, and DNA with glycation. Adulterated DNA can’t produce new DNA for cell regeneration. Cells make tissues, and if your body stops producing new cells to maintain its tissues, your health will start deteriorating.

Should You Supplement NADH?

As discussed earlier, NAD depletion rates increase as you age, and you may need to start supplementing your energy levels. There are several energy-supporting supplements on the market these days, which is why we have compiled a list of the best four for you below!

You can get NADH from food, especially red and white meat muscle tissue. However, that might not be enough. Even with its presence in food, NADH is broken down in the digestive system and distributed for multiple purposes.

NOW is family-owned and has been producing supplements since 1968. NOW’s NADH dietary supplement is both GMP-Quality Assured and NPA A-rated to ensure that the products they put out to you are high quality, adhering to standards in the phases of their production from manufacturing to packaging. The supplement is intended to support how your neurotransmitters work.

You only need one capsule of this supplement daily, and the manufacturer recommends that you take the pill on an empty stomach with water 30 minutes before any meal. This supplement contains no salt, starch, wheat, gluten, soy, milk, egg, shellfish, or preservatives.

MAAC10 has combined the benefits of NADH with CoQ10, a fat-soluble antioxidant that helps with metabolism and cell protection. This combination can help your body repair cells and DNA, help you focus for longer, and increase your stamina and endurance.

The company claims that the supplement will significantly assist mitochondrial energy production, which will help you feel more energized for longer periods of time! The supplement doesn’t contain eggs, milk, tree nuts, peanuts, fish, or crustaceans. Not to mention, it’s sugar-free and comes in two flavors: fruit punch or berry.

You can use the supplement as an anti-aging agent, an energy booster, or to help you maintain your strength throughout the day. Athletes can also use it to help them with their endurance training. The manufacturer recommends chewing 2 to 4 tablets on an empty stomach everyday.

Corllia’s NADH supplement has been combined with CoQ10 to help enhance your ATP levels. The supplement is vegan-friendly and can be used in place of nicotinamide mononucleotide (NMN).

The supplement comprises 50mg of NADH, 200mg of Ubiquinol, and 150mg of D-Ribose. CoQ10 can either exist as Ubiquinone (oxidized) or Ubiquinol (Unoxidized) and is composed of fat-soluble vitamins that assist the muscles in producing energy.

The company has even custom-made their own Ubiquinol Cortisol-QR, which they claim is more effective than the regular NADH. Each bottle comes with 60 capsules that you can take once per day.

TRU NIAGEN created this NAD+ supplement to enhance cellular health. It is intended to help increase the NAD levels in your body to help you maintain optimal energy levels. TRU NIAGEN states that it takes at least eight weeks of continual use for you to notice a difference depending on the cell support you need.

In this article, we delved into what NADH stands for and its role in the human body. Although this molecule isn’t an essential nutrient, its role in energy production is vital. Aside from its primary role in the mitochondrial electron transport chain, supplements that contain it can serve as an option for the treatment of many diseases and disorders such as chronic fatigue syndrome.

NADH is mostly advertised for its anti-aging properties, but it’s highly essential to people who frequently perform physically demanding tasks. Employees that participate in physical labor as part of their jobs, for example, can benefit from supplements that energize them despite the heavy lifting that they do.