The eugeroic drug adrafinil is a popular nootropic that improves alertness and is one of the most well known medications on the market for people trying to get an edge and increase their daily productivity.

At the standard dosage, Adrafinil is a considerably safer alternative and has far fewer side effects than other stimulants. Regardless, you should understand this strong medicine before introducing it into your body and daily regimen.

This ultimate guide will educate you on everything you need to know about adrafinil, including its benefits, side effects, and dosage – so read until the end.

Adrafinil is a synthetic medication that imparts a feeling of mental alertness for a prolonged period of time. It’s a non-amphetamine psychostimulant that lowers drowsiness without impacting anxiety levels or heart rate. Some people also use it as a mood enhancer or just to improve their overall mental health.

Adrafinil is a prodrug created in 1974 by Louis Lafon Laboratories in France. It’s primarily used in the treatment of narcolepsy[1]. It remains physiologically dormant until it reaches your liver where it then becomes active. It’s then converted into modafinil, a pharmacologically active drug.

This psychostimulant helps you stay awake, aware, and productive. Most importantly, since it’s not an amphetamine, it doesn’t have nearly as many adverse effects as other medications with similar benefits.

Only a small portion of the initial dose of adrafinil is utilized to produce modafinil while the rest is lost in the conversion process. This process explains why modafinil became the preferred form as it’s immediately accessible and doesn’t require liver conversion[2].

Within an hour of being absorbed, adrafinil is transformed into modafinil. Adrafinil has a biological half-life of only an hour. That said, it has a 12-15 hour half-life when converted to modafinil, meaning that adrafinil impacts can last for hours after consumption[3].

It also stimulates the supply and release of the neurotransmitter hypocretin, activating the production of histamine, dopamine, and norepinephrine, all of which are linked to energy and alertness. This explains adrafinil’s stimulant properties.

Let’s go over the benefits of adrafinil in detail:

Helps to Maintain Alertness and Awareness

While there are no clinical trials to back this up, anecdotal reports and animal testing suggest that taking adrafinil can help you stay awake. And unlike other stimulants, it gives you an energy boost without making you tired or anxious. It also enhances mental clarity and concentration.

Adrafinil has various nootropic benefits, including enhanced memory creation, learning ability, memory recall, alertness, and energy. According to reports, it sharpens focus and improves the ability to retain it, offers mental clarity, and simplifies mentally demanding work, particularly tasks that require an extended amount of time to complete.

One of adrafinil’s many uses is to improve mood. It does this by increasing dopamine levels in the brain and can also help you feel better by acting as an antidepressant. That said, only a few animal research and human investigations can back up this claim.

Did you know that serotonin is a neurotransmitter that helps maintain mood and reduce depression? Adrafinil increases serotonin levels in the brain, leading to increased feelings of happiness and well-being[4].

Like other nootropic drugs, adrafinil acts as a neuroprotectant to help protect against neurological issues. It preserves brain cells and even counteracts the degenerative process associated with Parkinson’s disease.

Adrafinil can also be used to treat the neuroinflammatory effects of methamphetamine usage. Preliminary research suggests that its neuroprotective properties can be helpful in the treatment of multiple sclerosis. 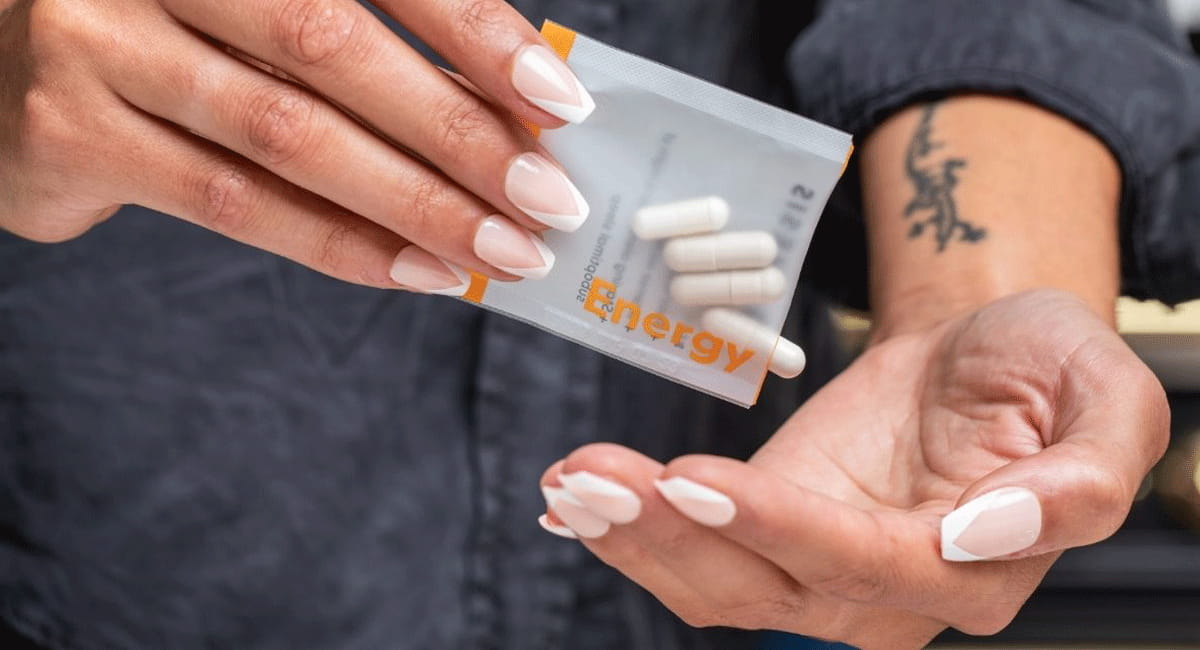 Adrafinil is the less addictive of the two alternatives yet is equally, if not more, effective than modafinil. It has none of the risks or side effects of other racetams, such as increased heart rate or blood pressure, and is easy to purchase without a prescription. Excessive or extended use may lead to a natural tolerance to its effects.

Side Effects of Adrafinil

While most adverse effects are minor or non-existent, some users reported the following adrafinil side effects:

Excessive doses may lead to high blood pressure and heart issues. Generally, adrafinil has a low risk of addiction and dependence, but you can’t ignore the noticeable (however mild) health hazards associated with it, which become more severe if you overuse it.

Adrafinil also negatively impacts the liver. Since it’s primarily processed in the liver, frequent usage or high doses may cause an increase in liver enzymes, resulting in liver damage over time. So, instead of using it continually, we recommend using it cyclically.

Sleep problems appear to be another common negative side effect of adrafinil. However, taking adrafinil first thing in the morning seems to solve the problem. Other adverse effects become more potent at larger doses, so avoid taking an excessive dosage of adrafinil[5].

When using this nootropic, seek medical advice from a doctor, especially if you’re taking any other medications or have a pre-existing heart or liver condition.

As stated earlier, only a tiny proportion of adrafinil is converted into modafinil.

You need greater adrafinil doses to get anywhere close to the full effects of modafinil consumption.

Adrafinil is available in both tablet and powder forms. The typical dose ranges from 600 to 1,200 mg. Split the high doses into two parts, with a 600 mg dose in the morning and a 600 mg boost in the afternoon[6]. This nootropic is intense, so it’s best to start with lower dosages and give your body time to adjust.

Adrafinil is best taken in the morning or early afternoon to prevent disrupting your sleep cycle due to its potency and wakefulness-promoting effects. Moreover, you should take it on an empty stomach to get the most out of it.

It’s also advisable to take adrafinil in cycles as it’ll prevent you from developing a tolerance. The more tolerant you become, the greater the amount you’ll need to have the intended effect, which might be harmful if you exceed 1,200 mg.

For better results, you can stack adrafinil powder with other cognitive enhancers, like racetams. For example:

Piracetam improves memory and speeds up the rate at which you process and learn new information. The combination of Pramiracetam’s memory-boosting properties with adrafinil’s focus and energy surge makes this the ideal study aid.

This combo will help you learn faster, focus, and recall more information. The optimal dose is 300 mg Adrafinil and 100 mg Pramiracetam.

This partnership will keep you up at night, allowing you to concentrate on your work and stay productive. The latter’s addition to the stack amplifies cognitive performance by increasing alertness and wakefulness.

The combined action of the two nootropics results in better memory retention, better motivation, increased recall, and a potential mood boost. The ideal stack dose is 20 mg Noopept and 300 mg adrafinil per day.

L-theanine is an organic compound found primarily in green teas like matcha. L-theanine induces wakefulness and simultaneously acts as a relaxing agent. This is one of the most successful stacks since it gives you a relaxed, clear, and alert mind.

L-Theanine promotes relaxation and combats fatigue, while adrafinil keeps you energized. The combination lasts longer and is less exhausting. The optimal combination is 300 mg adrafinil and 50 mg L-Theanine.

Many people take this potent mix of psychostimulants for a stimulating effect that makes them feel more awake, motivated, and attentive. Caffeine stimulates the central nervous system, causing your heart rate to rise, making you feel more alert and less weary.

By combining adrafinil and coffee, you can achieve the desired result — feeling physically and mentally active. Take 200mg of caffeine and 200mg of adrafinil before breakfast.

Where to Buy Adrafinil?

Adrafinil can be purchased online and in-store at specialty and generic supplement stores.

Adrafinil is available lawfully in Canada, the United States, and the United Kingdom. However, since the drug is unregulated, you should procure it from a reputable vendor that has a record of supplying safe and effective nootropics.

Some sellers have lab testing, certifications, and quality control procedures in place. This indicates product quality and purity. It’s critical to double-check such details before making a purchase. If you don’t, you may buy something that does more harm than good.

Adrafinil is a powerful nootropic that can help combat stress, boost energy, improve mood, and provide a cognitive boost. Its rare combination of mental and physical benefits makes it a helpful supplement for anyone looking for extra stamina and mental clarity.

That said, there are few safety risks associated with its use. Overall though, it provides a distinct and profound nootropic surge that one learns to cherish when used carefully.